Color within the Monochrome Image

When I first saw Spielberg's film set in WWII Poland, Schindler's List, I was especially interested in the way in which he used color.  The contemporary scenes in color vs. the flashback scenes set in the 1940s in monochrome (is WWII forever a B & W era?).  The startling appearance of the girl in the red dress, however, made a strong impression .  The juxtaposition of the little red dress against the objectivity of the B & W called up an emotional connection that lingered throughout the remainder of the film.  It was further heightened by Spielberg's return to full (but somewhat muted) color at the film's conclusion.  With that memory of Spielberg's technique lodged someplace in the back of my mind, I began to explore small bits of color with my monochrome images.  I found this somewhat awkward in Aperture, but since purchasing Nik's Siler Efex Pro 2 last spring, I have experimented using this tool.  It has become quite easy with the "Selective Adjustments" tool, which has a slider that allows returning color to the selected area.  It only affects the color where you place the select point.  Therefore, multiple colors necessitate multiple points, but the points are very easy to create and can be done using a "option click and drag" to duplicate a particular point.  Sizing the circle of affect is important because you want to make sure the same color is not returned in unwanted spaces.  This image of a color fireplug works very well with this color isolation technique: 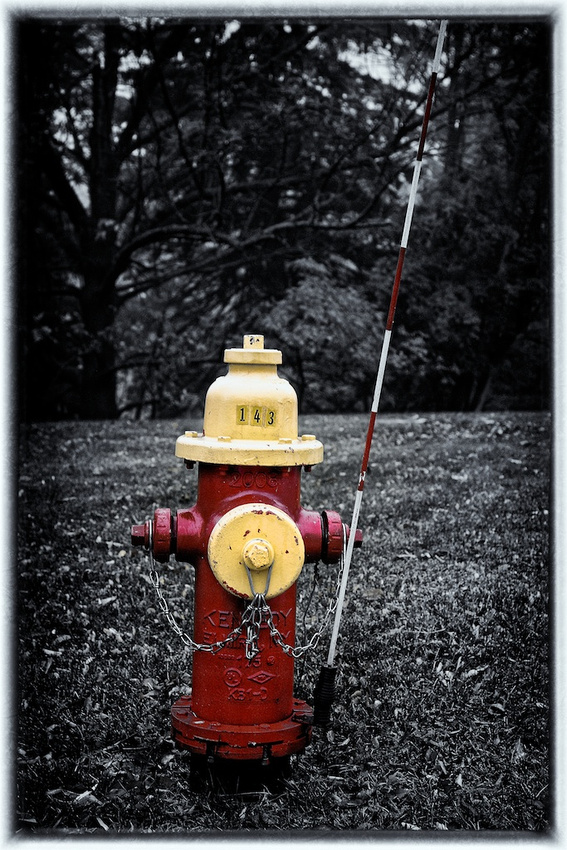 The first time I processed the image, I was very sloppy and allowed the circular range of the adjustment to overlap into the surrounding area.  I ended up with little specks of red and yellow out in the grass.  So i redid the process and constricted the circles, so they did not allow the bleed into the area.  I also toned down the background using the SE edge burning tool.  The Selective Adjustment is very precise as you can see by the very narrow bands of red on the pole.  I had to set a different point for each of these bands, but it was very simple to control.

Another image that I treated with this technique is one from my Conn Bari series.  The old ivory rollers had yellowed quite a bit, and I thought their warmth was a nice contrast to the cool toned metal: 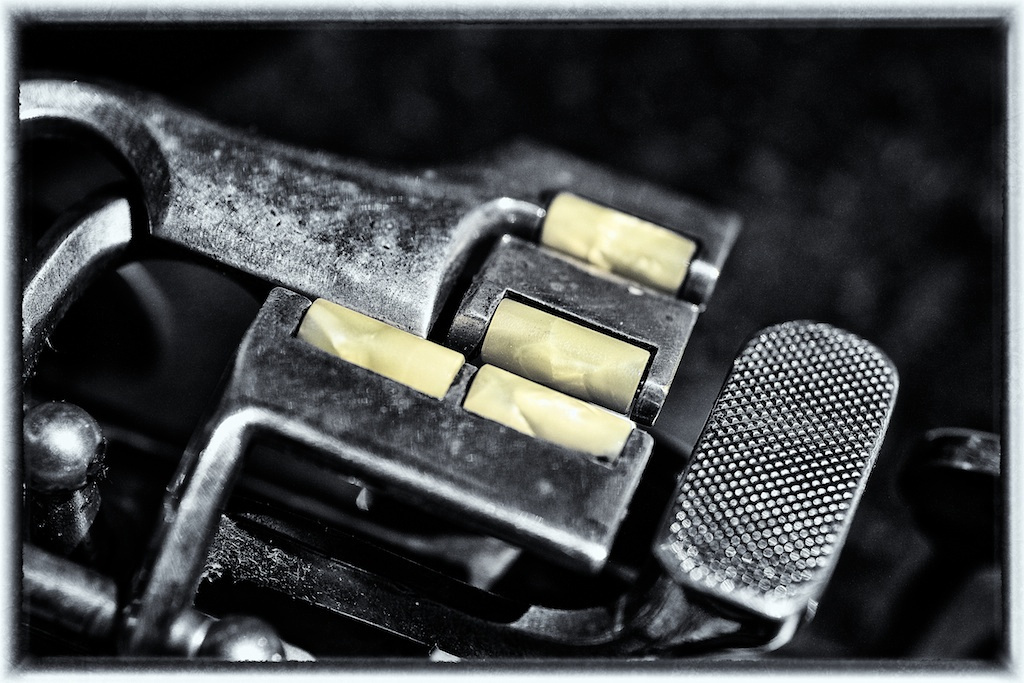 And one more from this series where I selectively brought back the color in the green bumper and the tan colored pad: 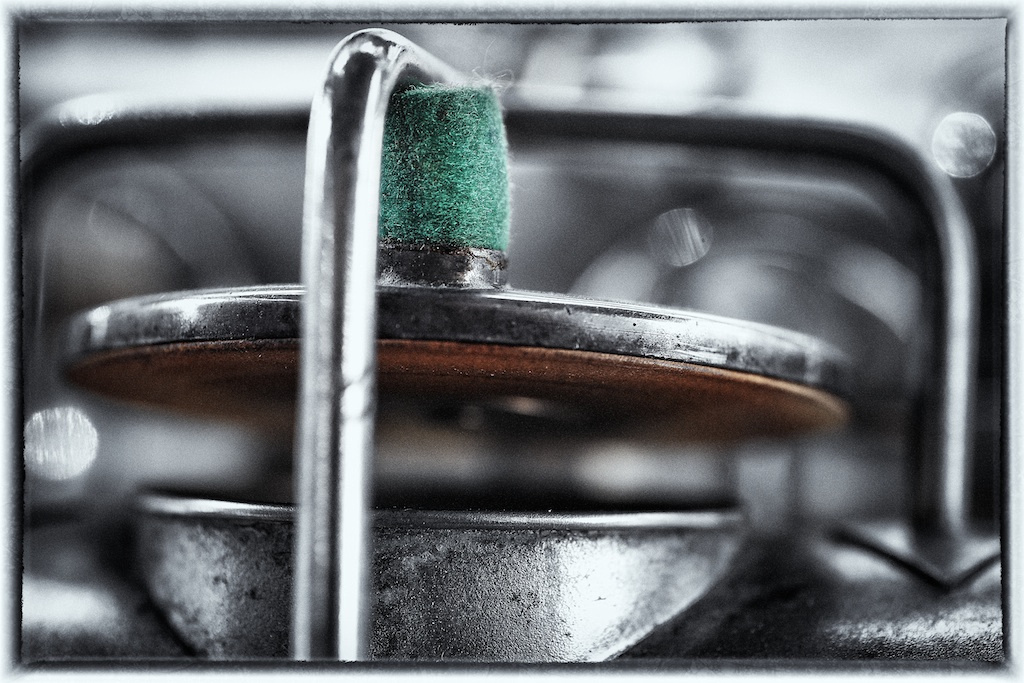