Why another photo blog?

I have relaunched my website featuring my photographs over the last 13 years or so.  Along with the relaunch, I also want to revive this blog although it never really got started.  I did publish two blogs which have been read by a few people.  Even though this blog is being published on a photography web site, I will not restrict my writing.  I want to begin with some posts about mentors that entered my life over the years.  These folks are the ones that have had major influence on shaping me as an artist, musician, scholar and human being.  After I move through that list, I will see what happens.   Since my dad introduced me to photography, he will be up first.

I do love photography….although I don’t think I ever loved the wet darkroom.  To me, it was never a mysterious place, since I grew up working with my father in his darkroom.  It was small and did not have sinks and water.  The sink was around the corner in our laundry room.  He had enough room for the enlarger and the three trays to hold the chemicals and could produce prints up to 16" x 20".  Walter Rinne was a chemical engineer who worked for the federal government, Office of Saline Water for most of the 1960s and early 1970s.  He taught me how to work with chemicals, how to mix them, and how to use and store them safely.  I also learned the golden trinity of film processing: time, temperature, and concentration.  In order to have predictable results all three had to be controlled.

Looking back, Dad’s prints suffer from blocked highlights even though the shadows are strong.  The blocked highlights result from the condenser enlarger that he used.  When I set up my own darkroom, I employed a diffused light source with similar results to a cold light head.  The prints held the highlights better than the condenser.  He used the favored developers of the era both for film and prints.  On occasion he tried some special formulas but he always seemed to come back to D-76 and Dektol although he used Rodinal for his low light negatives.

My first camera was a Kodak Brownie Starmite similar to this one: 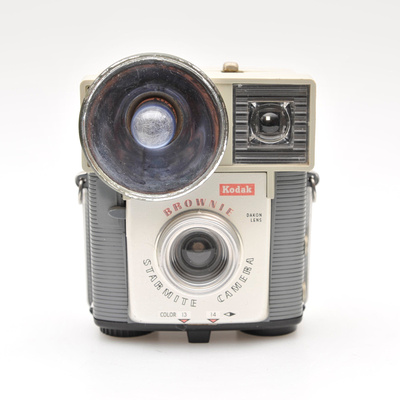 But a few years later, Dad took me down to Mark Weiss Camera on Pennsylvania Avenue, and we bought a Kowaflex-S 4x4 SLR.  It shot 127 film and produced square prints and slides that could be shown in a standard 35mm projector. 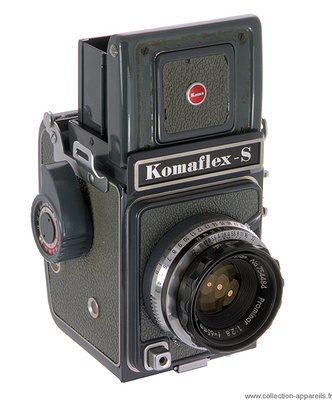 I used this camera for several years until our family attended the New York Worlds Fair in 1964.  While shooting on site, the camera locked up.  It would not wind film, release shutter, or anything else.  My dad tried to work on it but nothing.  I guess he decided it was a lost cause, because when we returned to DC, we headed back to Mark Weiss and purchased my first 35mm camera which was a Kowa SE— a fixed lens camera as well.  It served as a great learning tool and it had a built in light meter.  I developed a good focus hand and eventually could judge exposure even without relying on the meter.

A year or two later, I really wanted to explore more lens options, so we headed once again to Mark Weiss and traded the Kowa for a Miranda Sensomat.  Somewhere along the line I acquired a Vivitar 135mm so that lens and the 50mm f1.8 constituted my basic kit for seven years or so.

During this same time period my dad moved from Exakta to Nikon in 35mm format and from Rollei to Bronica to Hasselblad in 6x6. 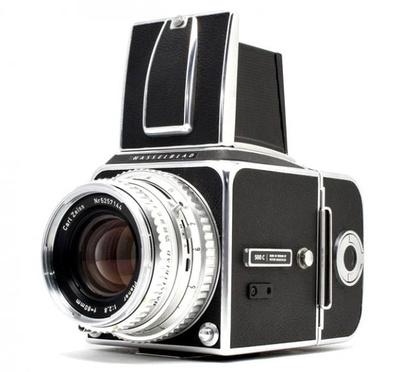 During my senior year in high school he purchased a Calumet monorail 4” x 5” with three Schneider lenses.  One of the last photo outings we had together was down around the tidal basin setting up the view camera and making both B&W and color transparency images.  I still have all of the films and have scanned a few of them along with others from our trip out West.  Unfortunately, he used Kodak Ektachrome which has suffered from strong color shift.

Dad never got the chance to explore his photography on a full-time basis as he died a few years before his retirement.  I feel like I have kept his legacy alive, developing my own skills first in the wet darkroom and for the las 13 years in the digital realm.  I still have some of his cameras—his beloved Hasselblad 500C and his Nikon F2.  Some of the Nikkor lenses still find their way onto my digital cameras.  But more than the photographic lessons, I feel I was fortunate to have the love and support that my father gave me.  He established a strong moral framework and always led by example.  He was both a Christian and a scientist who found no contradiction in the two.  I will conclude with his photograph of the Drumlummon mine in Montana taken with the Hasselblad and the Zeiss 80mm f2.8 lens. 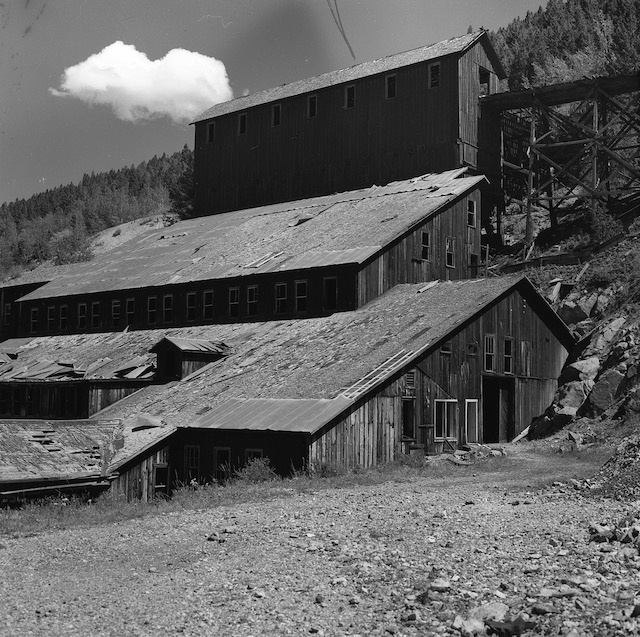