The Grandfather I Never Knew

My last post I talked about my father and how he introduced me to photography when I was a kid.  I thought I would present a bit of background on him and my grandfathers—Carl Henry Rinne and Henry Yeager.  Both of my grandfathers went by the name Henry so I guess it was inevitable that I was christened with that name.  (Quentin came from my dad’s boyhood hero, Quentin Roosevelt, son of President Teddy Roosevelt. Quentin was a pilot in World War I and was killed in aerial combat in France on 14 July 1918.). I’ll begin with my maternal grandfather and speak about Dad and Grandpa in subsequent posts.

Henry A. Yeager was mother’s father.  He was born in Altoona, Pennsylvania in 1896 to a German immigrant family.  When he was very young (probably two or three years old), his mother (Katerina) sailed with him back to Germany to visit her parents in Hanau just east of Frankfurt.  His mother was killed in a train accident and the young Henry remained in Germany to be raised by his maternal grandparents.  His dad back in Altoona was amenable to the arrangement, because he did not have the means to take care of a toddler and work for the Pennsylvania Railroad shops in Altoona.  So Henry grew up in Germany and received an education as a machinist in one of the Krupp machine works.  Scroll ahead to 1914 and the outbreak of World War I.  Henry was turning 18 and was certainly of draft age.  However, he had an American passport so his grandparents took him to Holland for passage on a ship back to America.  He arrived in New York and since he was an American, he was able to skip the Ellis Island experience.  Met by his father and his half brother, George, He went back to the city of his birth, Altoona, and went to work as a machinist for the PRR.

Henry Yeager at age 15 attired for an outing hiking in the mountains. 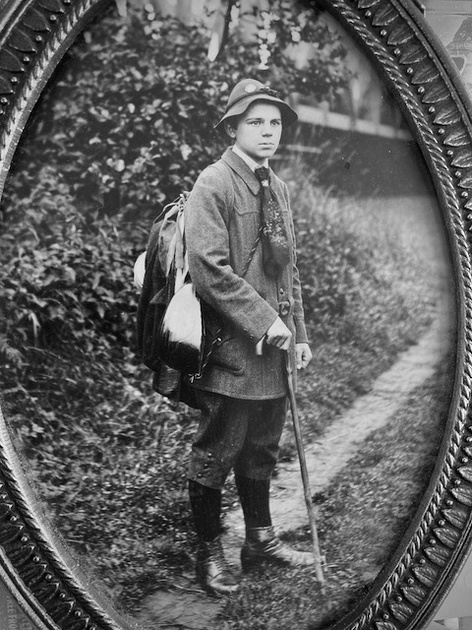 Henry Yeager at age 15 attired for an outing hiking in the mountains.

Evidently the new arrival did not mesh well with his father’s new family, so Henry moved to Baltimore to work in the machine shops in the ship yards.  He met Julia Kasnarsik and they were married in 1917.  My mother, Margaret Elizabeth Yeager, was born in 1920.  Henry was active in the Masonic Lodge and in the strong German community in Baltimore.  Newspaperman H. L. Mencken was a lodge brother.  In 1928 just prior to the Great Depression, the family moved to Washington, DC, and Henry began working for the Federal Government at Naval Research Labs in Anacostia.  They purchased a few acres on the ridge above what is now called Joint Base Anacostis-Bolling and built a house.  My grandmother had an amazing green thumb and the family tended large gardens and raised chickens. 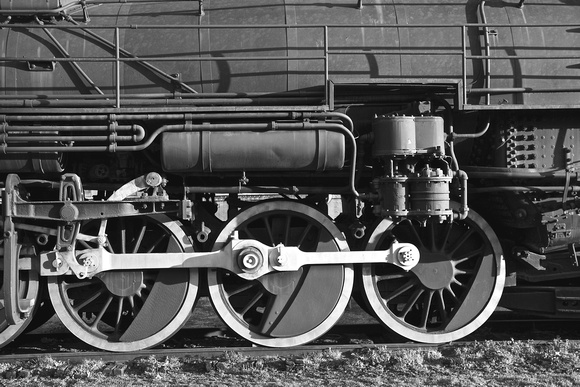 Henry worked for Naval Research Labs all through the 1930s and during World War II.  NRL was created at the suggestion of Thomas Edison and became the primary research wing of the United States Navy.  Radar and Sonar where developed at this location, both of these creations contributed to the Allies victory in the war.  While he was not the inventor of radar and sonar, he was the “go-to” machinist that the scientists used to create prototypes of their inventions and developments.  They said he could craft just about anything from raw metal.  I always thought it was somewhat ironic that the US employed at a top secret research facility dedicated to the defeat of the Nazis a top machinist who was trained in the German Krupp Werks.  Unfortunately, I never knew him because he died of an apparent heart attack in the fall of 1947.

I’ll end with one last story somewhat related to photography.  My mother told me that she and her father attended a photo exhibition  at the Library of Congress featuring Army Signal Corps photos of the liberation of several concentration camps in Germany.  Henry was very emotional and quite upset by the images.  He could not believe that the people he knew growing up in Germany would allow this brutality and inhumanity to exist.  It’s a question that still troubles us today. 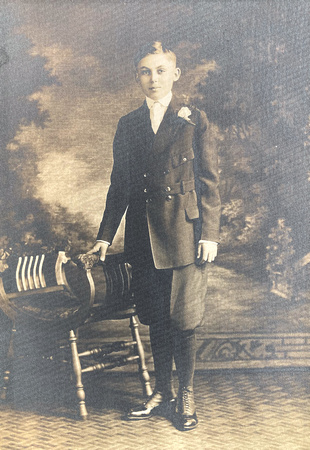 A very young Henry growing up in Germany.

A very young Henry with his maternal grandfather in Germany. 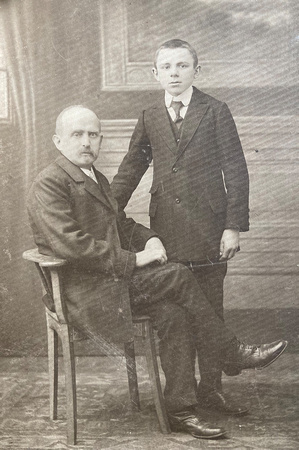 Henry's hiking club, c1911.  He's in the second row from the top below the man with big mustache. 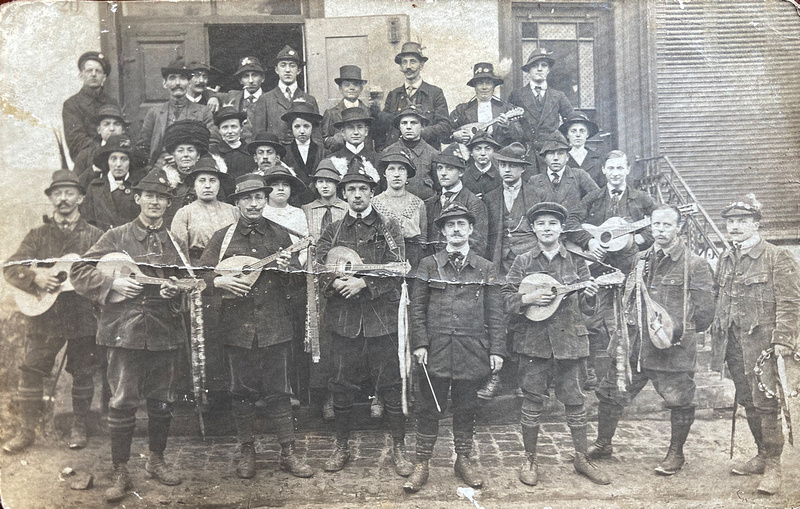 Steam fitting on a locomotive. 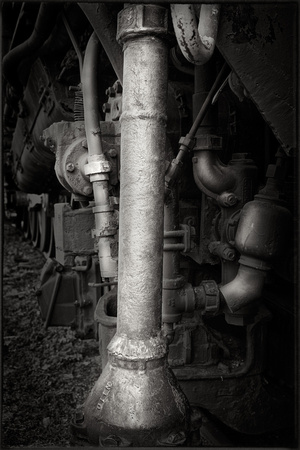